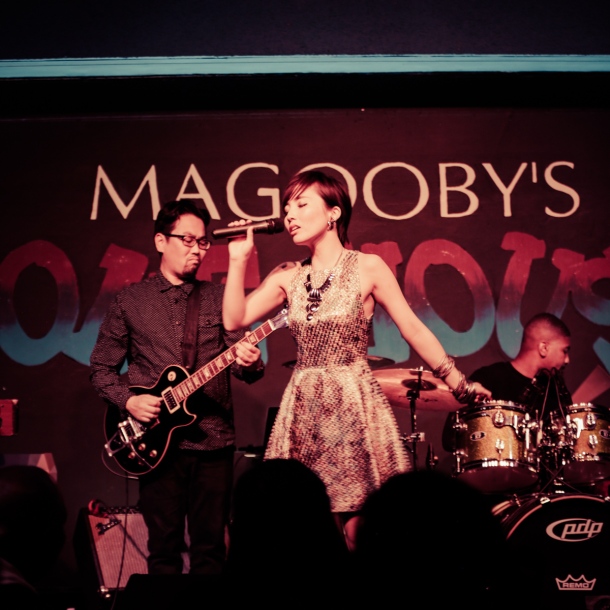 The Honest Child with a dream parts her lips, and the world listens intently to every note produced.  Nao Yoshioka, international R&B and Soul powerhouse, recently finished her US Tour “The Light”.  Influenced during a stay in the US by Sam Cooke’s, “A Change is Gonna Come”, Ms. Yoshioka realized that she could make a change in her life through her music.  Her single, “Make the Change” from her debut album, “The Light” has caused Nao Yoshioka to change countries, as she has traveled from Japan to the Netherlands and United States to record and perform her music.  The Mellow Mix’s, Shani Elliott, had a chance to talk with Nao Yoshioka, and Sweet Soul’s founder, Naoki Yamanouchi.  Ms. Yoshioka shared her inspiration behind her leading single, “Make The Change”.

When I was a teenager, I was depressed and I couldn’t get out of my house. I was barely able to live a human life, but the music helped me and saved me. I made it to the United States and was performing in front of the people, I released my first album.  This song was given by my label to make a chance, to make the change; This song made me realize that we shouldn’t wait for the change, we gotta make the change.

When we’re back to Japan from New York City, nobody believed me, my dream and vision.  I always wanted to be an established international artist and I talked to so many people but Sweet Soul Records was the only one who believed in my music ambition.

I sang “Make the Change” in Japan and in United States too but it’s really powerful song and music is universal.  Music can be on the culture, language and the other race so that song, meaning, it’s music, power.

“The Light” features covers such as Etta James’ “At Last”, and Marvin Gaye & Tammi Terrell “Ain’t No Mountain High Enough” with Brian Owens.  Nao Yoshioka doesn’t simply rely on the songwriting giants of yesteryear on this project. She wrote “Make The Change” and several songs on her second album to be released later in the United States.   Sweet Soul Records assembled global talent to create “The Light”.  The Mellow Mix was excited to see that one of our former “You Got Soul” Contestants, Dani Elliott, was a member of this international production.

Dani and ORLY made a song called “Certifiable”. “Certifiable” one of my favorite song in the album too, they’re amazing. I was so honored to walk with such amazing artists from USA and Netherlands and actually, we recorded this album from three countries, Japan and Netherlands and United States. So it’s gonna be interesting to hear how the band play, it’s gonna be like a different sound you can hear. Shirma Rouse is from Netherlands, I would say she’s a new Aretha Franklin.  I collaborated with Brian Owens from St. Louis, he’s like Marvin Gaye and James Brown, like a classic matter. They are so fantastic and they also from Sweet Soul Records.

Nao’s alluring voice is complimented with live instrumentation on the album.  Naoki Yamanouchi, founder of Sweet Soul Records, as well as producer explained the concept behind “The Light”:

(Live Music) is one of my artists/label concepts, because nowadays using tracks is easy.  My label would love to help musicians too, so if she (Nao) has a chance that means people around her [all musicians] should have a good chance.  That what my label is doing, that’s why I love live instrumentation. It costs a lot of money but that’s the music should be, it’s really unique, and really original even though we do cover, it’s special.

Some of the songs actually for first album, we actually went to Netherlands to record vocals. Brian Owens, one of our artist from Sweet Soul Records, he released his album from my label, he helped us direct through Skype because of the budget but that was live instrumentation.

If “The Light” is not a part of your music collection, buy your copy today on Amazon or iTunes.  Ms. Yoshioka has released her second album, “Rising” in Japan, and is currently touring to promote the album.  We look foreward to the album’s release in the US!  Visit Nao Yoshioka’s website and follow her on Twitter.

Click the picture below to check out the video for  “Make The Change“.

anks to the Women’s Challenge, a nonprofit that supports survivors of Breast Cancer and Domestic Violence, The Bloom Effect,  Purpose Music Group, and Sweet Soul Records.

Request your favorite Indie R&B Song! Tell us who we should add to rotation. Click to leave us a message. 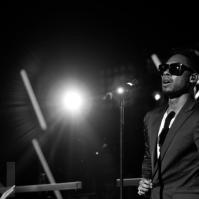 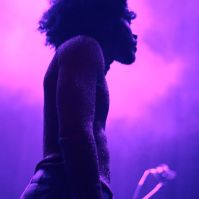